There's so much new stuff in the game, I'm starting to lose track of it all. So, I guess it's time to make another dev log. This one will be pretty speedy. These days I'd rather use the writing time to just work on the game itself. Thanks for reading. 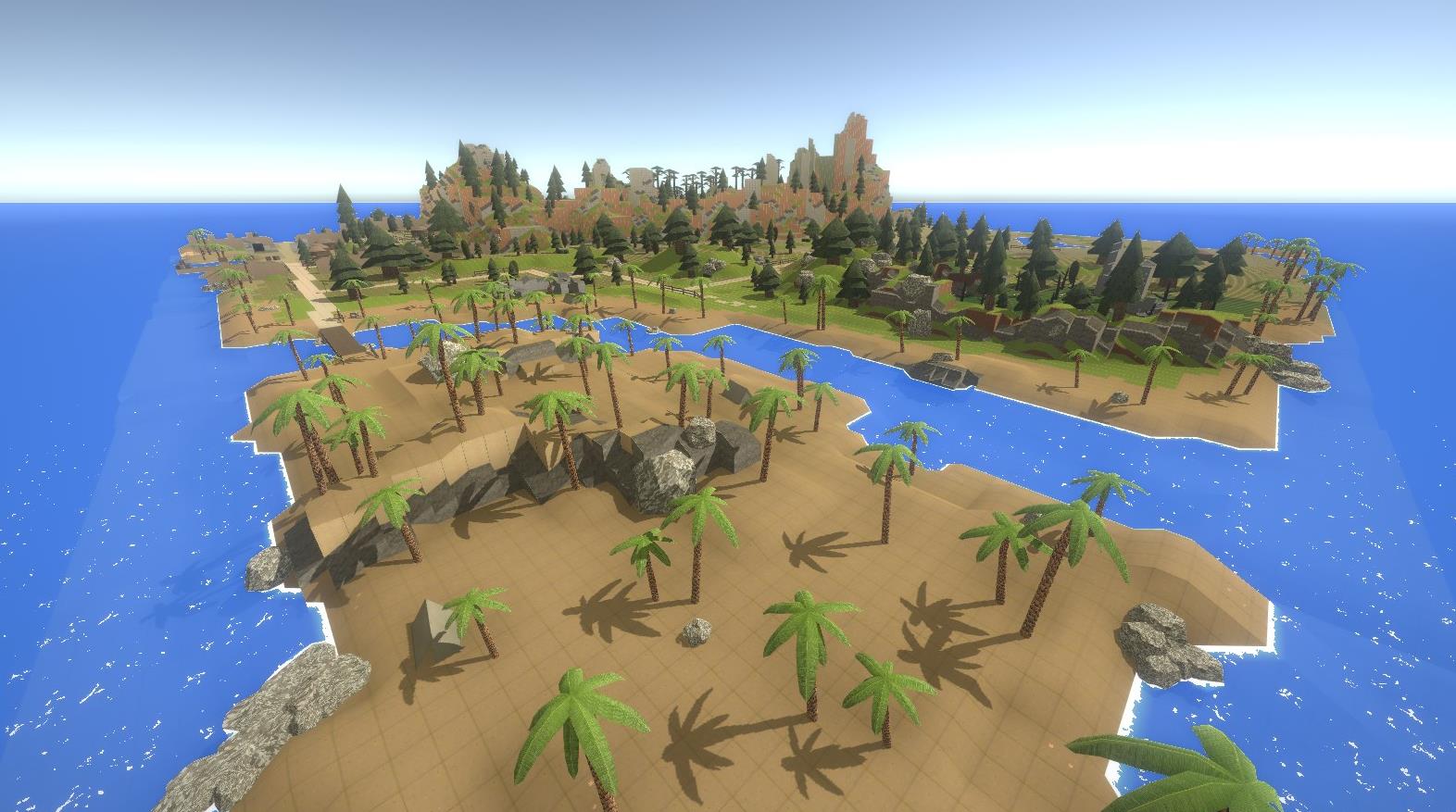 An important thing that happened recently was a tiny friends and family alpha test! There were around 10 players, and the server was running for about a week or so. The peak number of concurrent players was 8, which was awesome until the server crashed due to a code defect in the bartering system... Luckily that was the only serious issue, and I got a ton of valuable feedback. The development focus now is just to address all of it.

The coolest new addition is the Ritual skill. 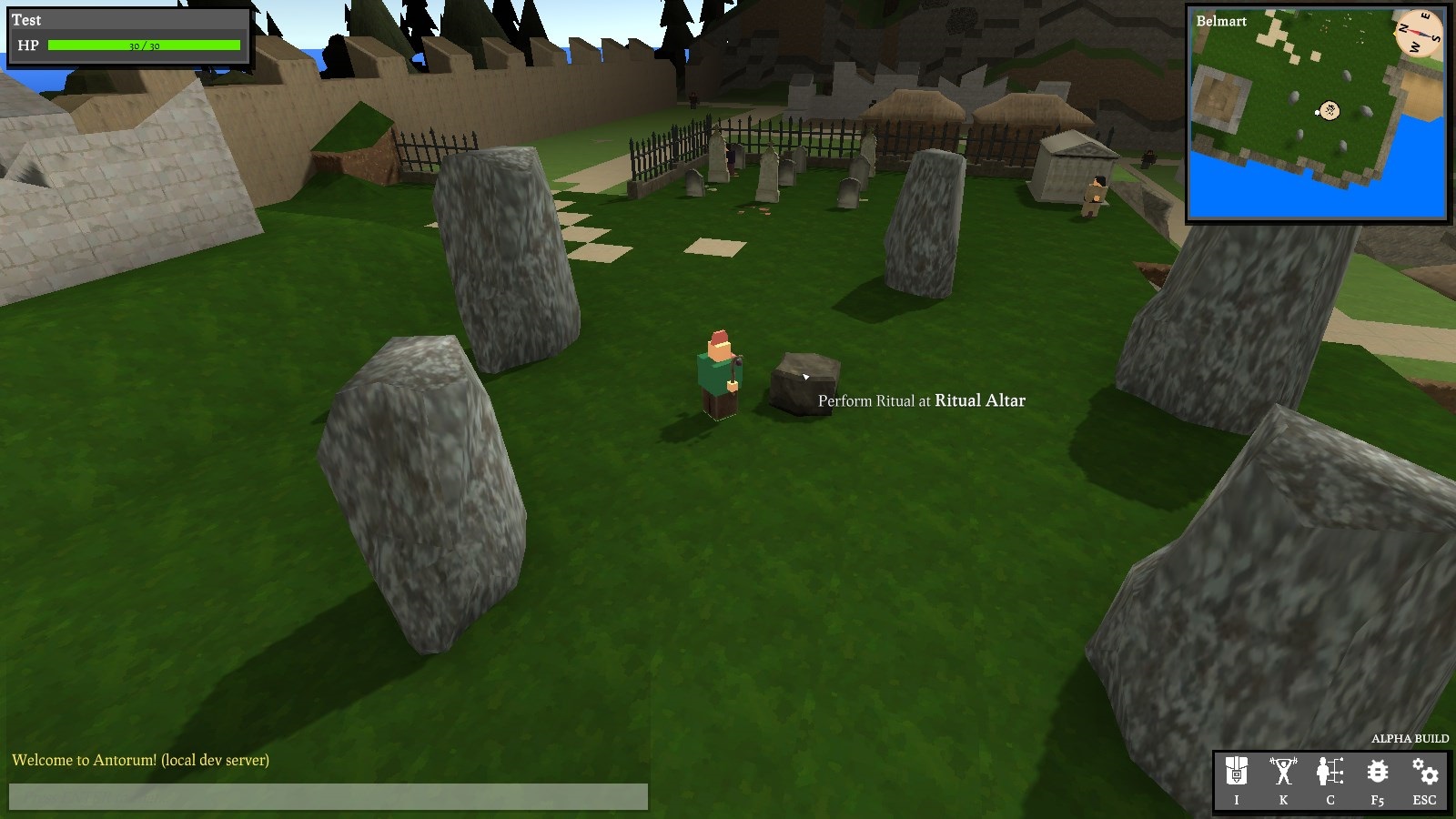 Players can now use monster parts and other reagents to cast rituals on themselves or other players. These are mostly for support, doing things like increasing damage and armor, or giving a bonus for another skill. In my opinion though, the best rituals are the ones that teleport you to other places.

To cast a ritual, players must use a Ritual Altar, of which there are a few around the map. They'll also need a Scepter. The idea is that players will cast some rituals (or pay for the services of a more experienced caster) before venturing out to more dangerous areas. 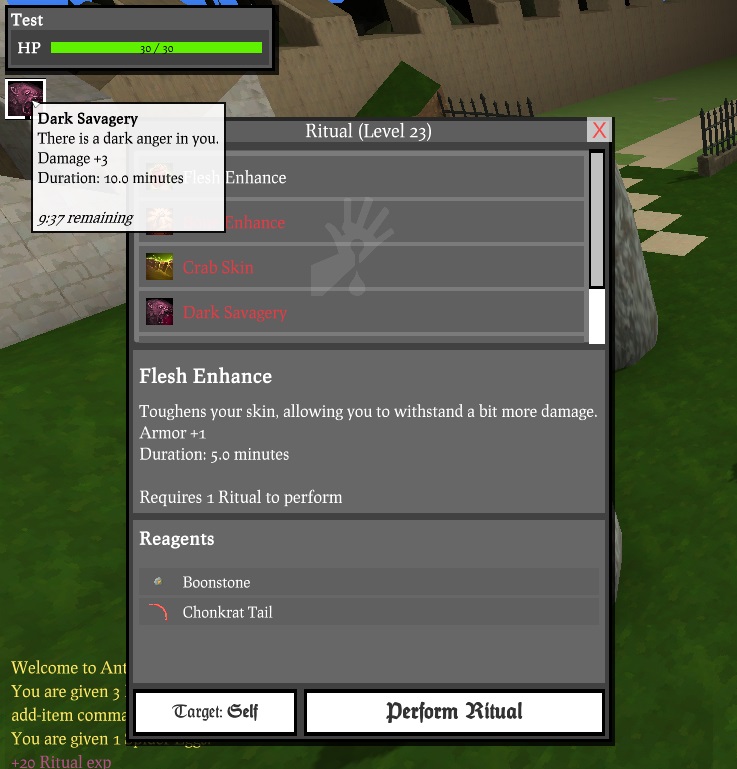 All the art for this zone took a while to get done, but I think the result is the most visually unique place in the game. I was playing Dark Souls while working on it earlier this year, so it's pretty inspired by Darkroot Garden. 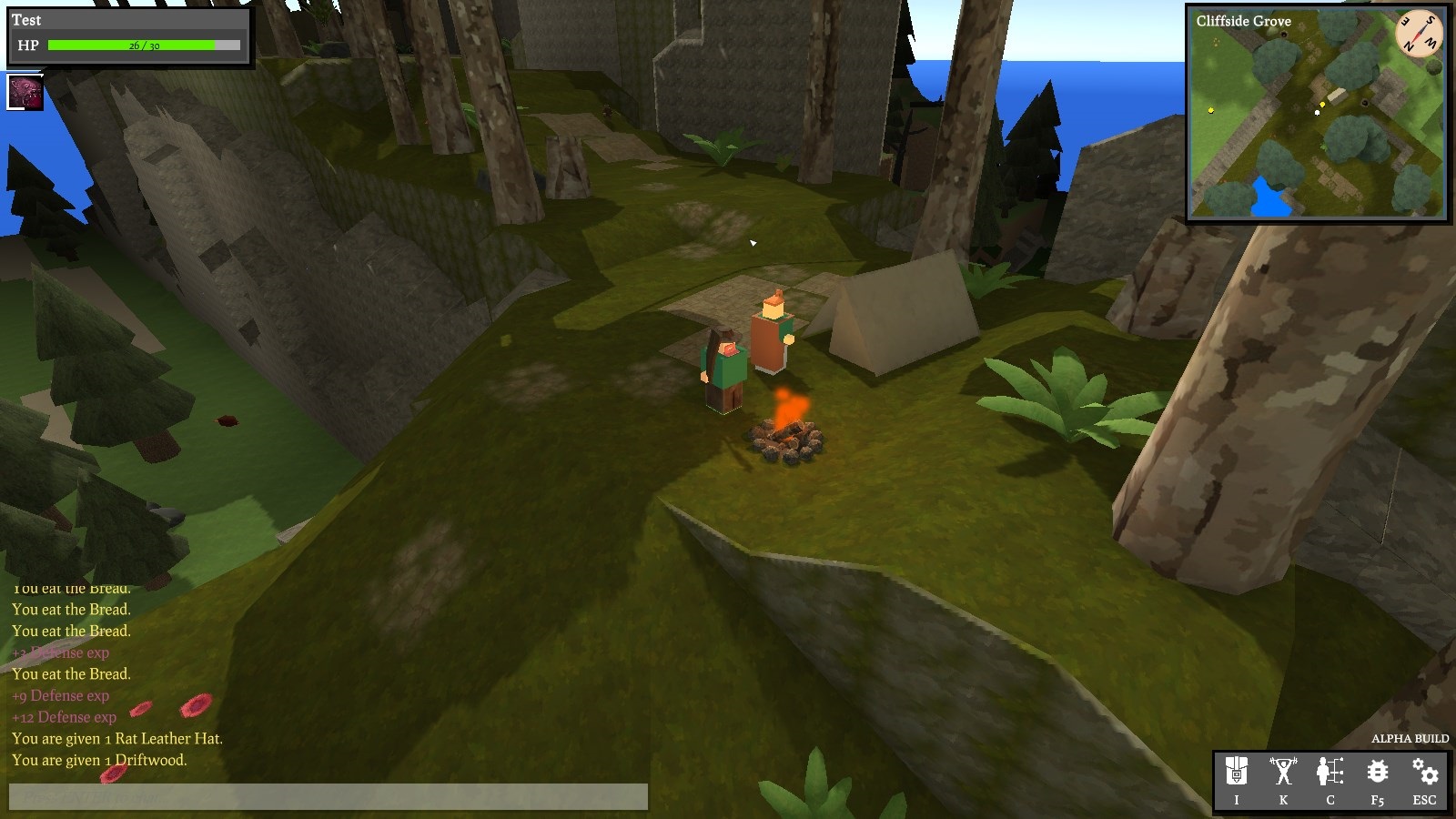 This is a zone that I threw together pretty quickly. It's mostly a big rework of the existing spider zone, and includes some ruins, dead trees, and a bunch of webs. 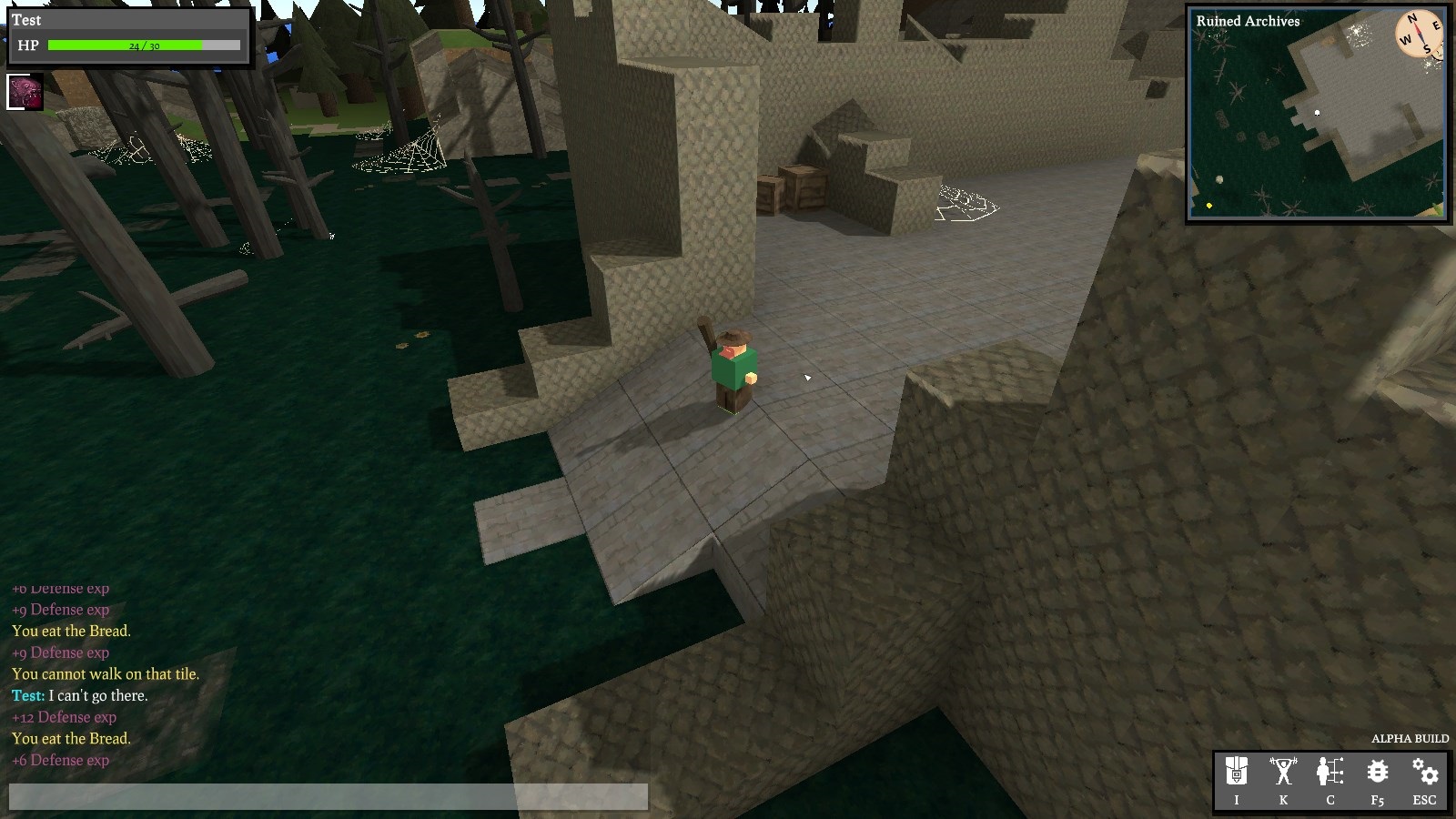 It was annoying and difficult to interact with objects that were in close proximity to each other. That should hopefully be fixed up a bit now.