I'm still working on new additions and fixes to support the next alpha test, which I am hoping to start up in May.

I added a map item to the game. Each new character is given one for free. 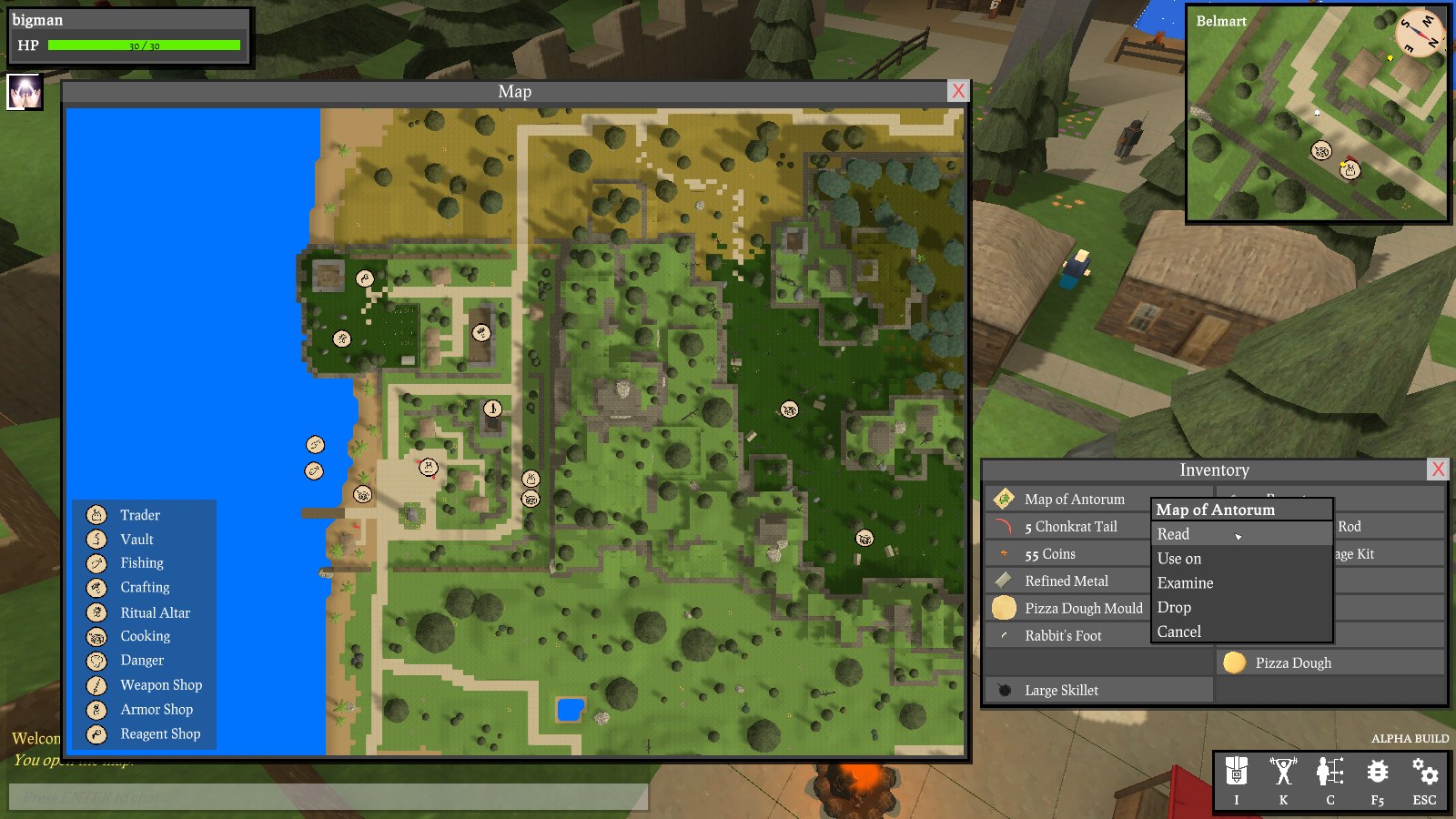 It is pretty basic, and doesn't even show where the player is. You'll need to use your surroundings, compass, and map to get your bearings. As part of this work, I added the ability to render blips for services in the world - so things like the vault, a trader, or even a cooking station should not be as difficult to find. I added a new tool to the editor to help with the placement of such blips. 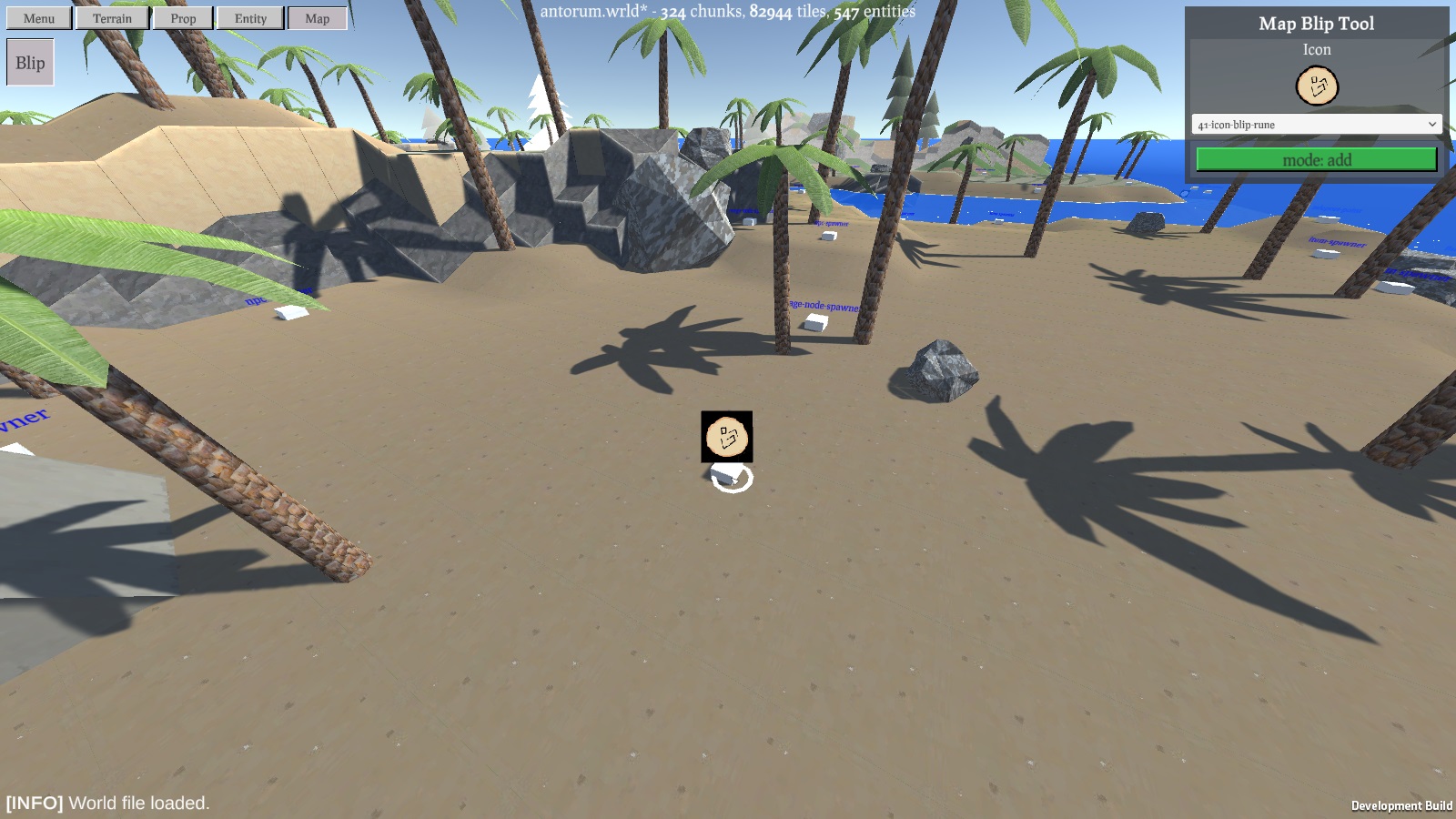 Robes and other new items

I added a bunch of robes, in various colors. Some of them require a specific Ritual level to be equipped. Here is a small subset of them.

There are also a bunch of other new items, like pizza. Yeah, you can cook pizza now. I'm pretty happy about it.

It used to be dubious to modify the movement speed of an entity at runtime, because all the clients would fall out of sync and use the old movement speed until they got a fresh state update. I finally got around to fixing this by requesting a movement state sync whenever a MovementComponent gets an updated speed. To take advantage of this fix, I added a new Ritual that gives a 10% move speed bonus for 30 minutes.

To help add some visual variety, I added support for "bulk" and "height" in player and non-player characters.

Like with other customization options, NPCs can be set up to get a randomized bulk and height when they spawn. As a player you'll be able to tweak these values during character creation.