I've been working hard to add new skills and activities for players in Antorum Online. There have been three new skills added to the game: Armorcrafting, Weaponcrafting, and Salvaging. 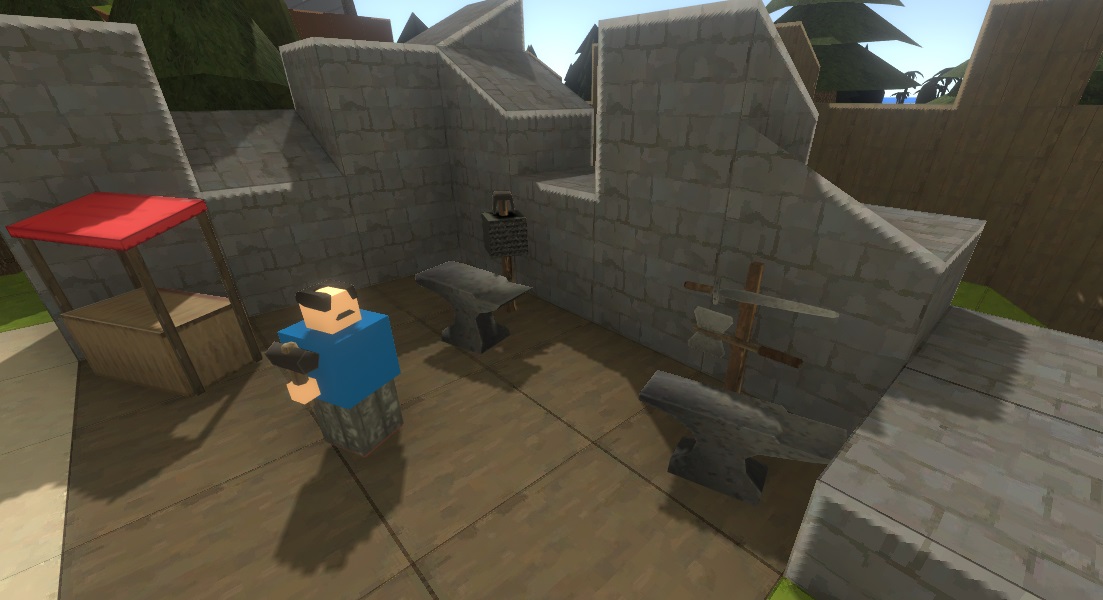 Armorcrafting is pretty self explanatory - it's a skill that allows players to craft armor!

First equip a Hammer (purchased from a trader), then interact with an Armorcrafting Anvil. There are only a few armor sets at the moment (including the new Crab Shell set) but I'll be adding more soon.

Players can also craft weapons with the Weaponcrafting skill! I added a few new weapons for this, one of them requiring a rare monster part from a certain beast in Antorum. I hope to add more items like this soon.

I separated armor and weapon crafting so that players could specialize in one or the other and get certain rewards down the line. This is kind of the direction I want to take the game - when I play an RPG, I don't really like it when your character can be an expert at everything. I'll be making changes to the skill and stat system in the future to emphasize this, and encourage specialization.

Salvaging is another new skill. It allows you to use Salvage Kits to break other items down into raw materials for crafting. A higher Salvaging level allows players to use better kits, as well as the ability to break down more powerful weapons and armor. Pick up some Salvage Kits from your local trader and get scrapping!

I added some more hostile NPCs around the map so players can actually loot items to salvage. Beware the tiny blue men! 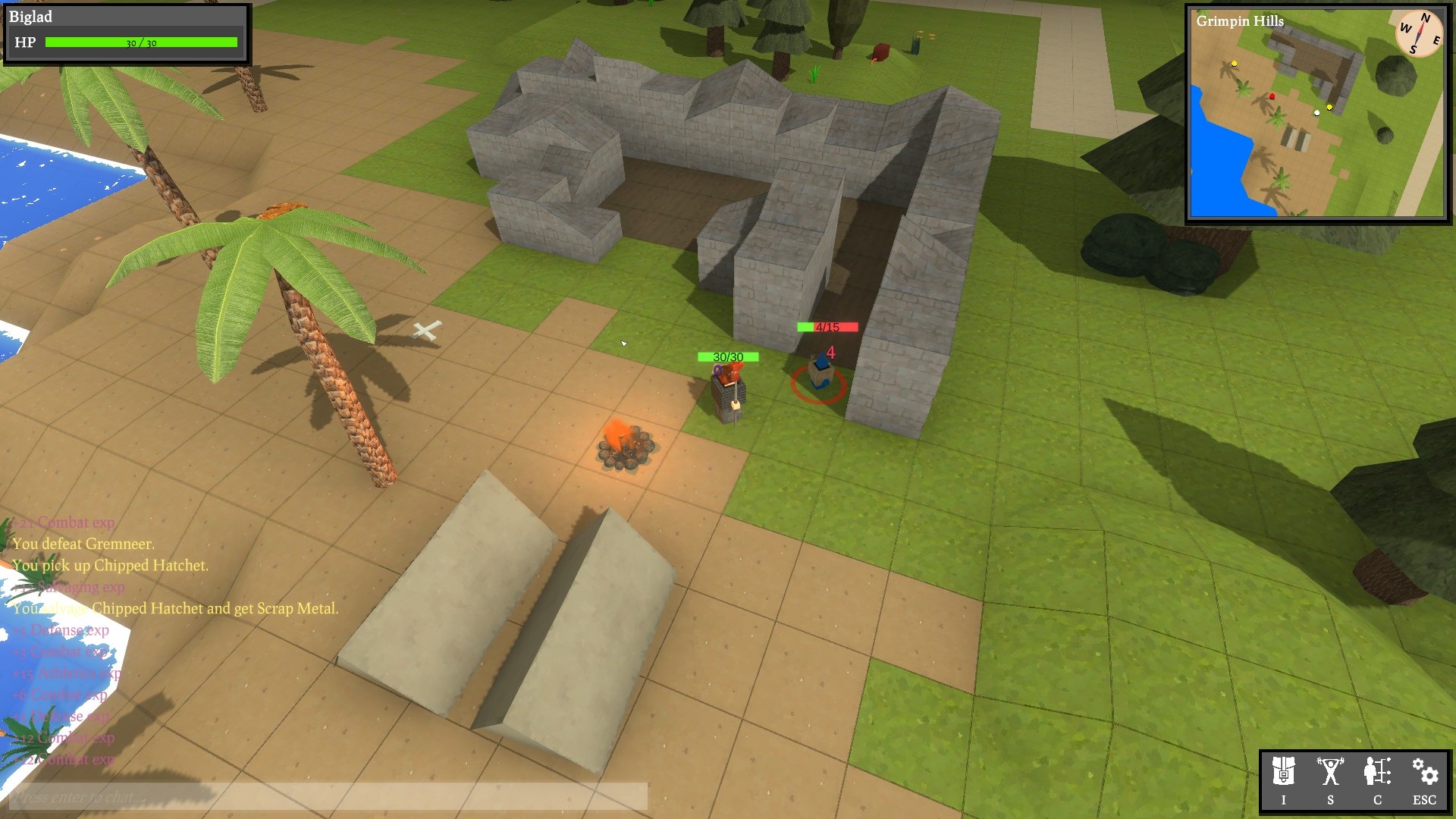 I got a bunch of other random stuff done too, including some critical bug fixes. The game feels a bit more solid these days.

This was a fun update to work on. Now that these new skills are "done" I'll eventually revisit the (pretty old now) Cooking skill to make it work similarly to Armorcrafting/Weaponcrafting, since they are less buggy, more usable systems. Aside from that, I'll be releasing another content-centric dev log before the end of this month, showing off my new favorite area in the game.