Something new this month is Zones! The map can be split up into distinct named areas, like in pretty much every open world game I have ever played. Here is a (2x speed) video of me crossing into a zone, and then into a sub-zone.

The Dead Valley is a mountain pass that I felt like decorating with dead trees and other forest detritus. It is still in early stages and doesn't look dreary enough, but I'll come back later and improve it when the time is right. I tucked a brigand camp in there to hamper players from taking the pass if they are unprepared but since I haven't implemented aggressive NPCs, it doesn't matter much right now.

Zones are defined in the editor with a new tool, which features an interface window to add, delete, and edit zones. Zones can have a parent, making them a sub-zone, which slightly modifies the zone change notification for players, as shown in the above video. The "color" of a zone means nothing in gameplay terms - it is just available so you can tweak the zone overlay color.

For now, zones just serve as some flavor while exploring, as well as to help players navigate the growing world. In the far future, zones will be responsible for things such as ambient and background music, color grading, and maybe other visual features like fog.

Another cool thing I finally got around to doing was writing the code to stitch together minimap tiles into a single map image. I waited a while to do this because it just wasn't important, but now it's super helpful to see the entire island from above. It will be useful for content planning, zone layout, and terrain design. 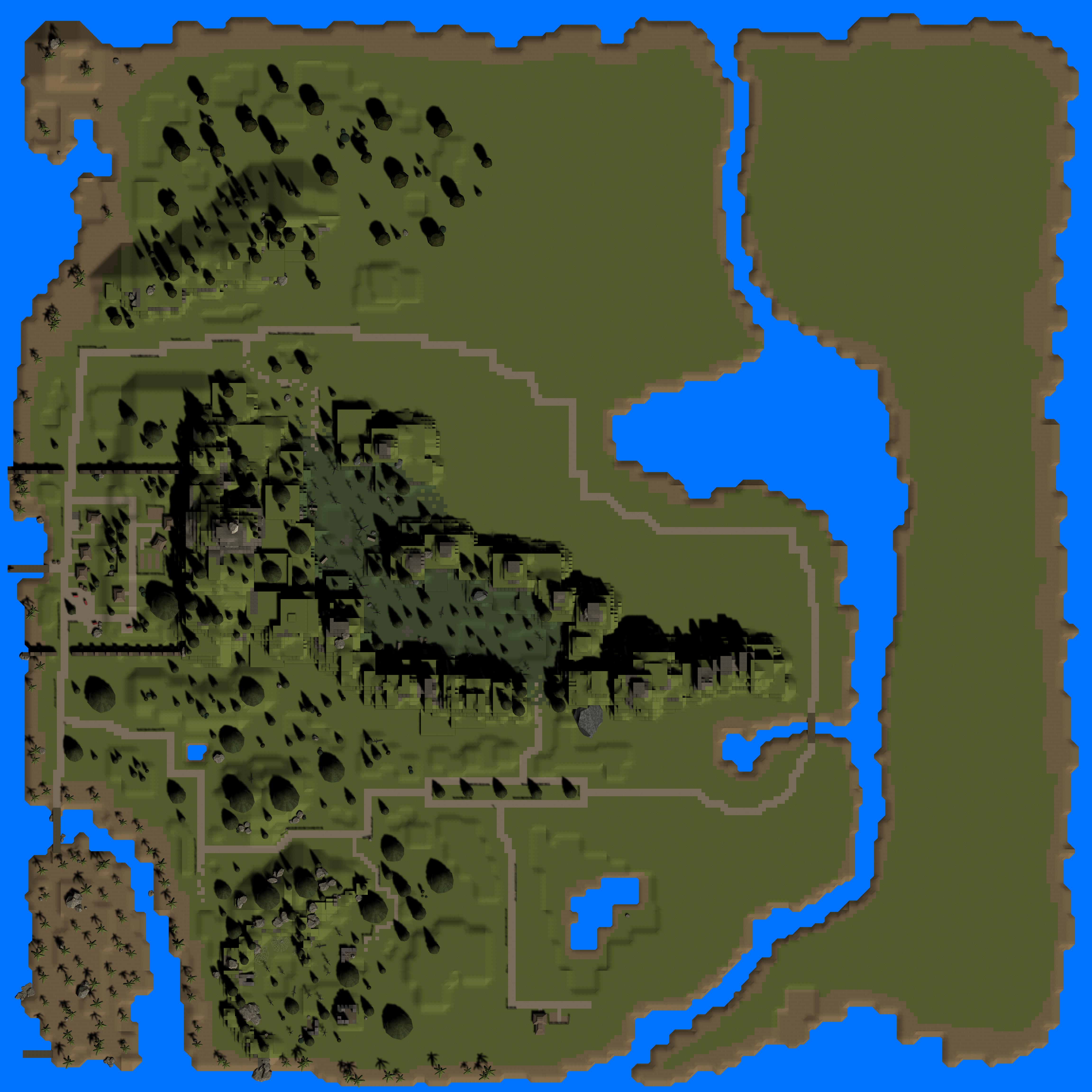 Most of the east side of the map is unfinished, and the "finished" areas lack distinction from one another. I've got a lot of work ahead to add variety and interesting stuff to the world. On top of that, I need to add new NPCs (both friendly and hostile), plants, fish, cooking recipes, and other unanncounced bits and bobs.

It's awesome to finally be able to name areas, and really makes me reflect on how far this project has come. What started as a technical experiment & Rust learning project has grown into some sort of an actual game, and now I'm too attached to move on to anything else. I still don't know when it is going to be playable by others, but I'm thankful to the few readers and project followers who share support, so I'm working hard to let folks play. Thanks again for reading.