I avoided adding Mining to Antorum for a long time. I kinda wanted to expand the Salvaging skill instead, making a gathering profession around breaking down old machines and equipment as the only way to get metals. However I decided that didn't really fit the game setting, and traditional mining made more sense instead. I don't deny that Antorum is a pretty standard fantasy world, but that was kind of the point when I started this project out. Maybe I'll try something a bit spicier for the next game. 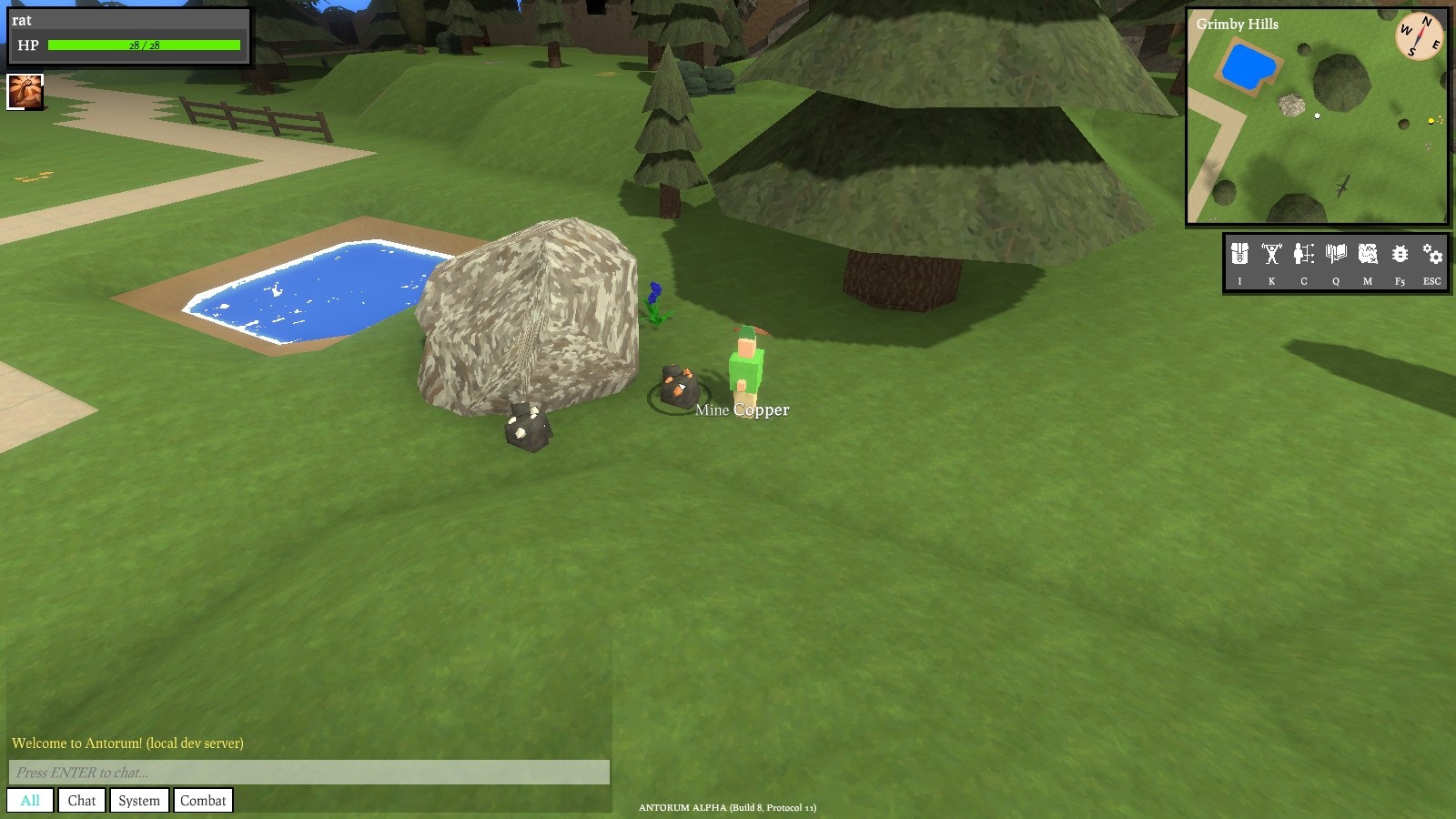 Mining works similarly to Fishing, and actually shares a lot of code which is nice. It was a good opportunity to refactor some resource node stuff in general and remove a bit of code duplication. I was also able to reuse the Cooking code for the furnace and ore smelting mechanics, which saved me a ton of time. Unfortunately I didn't get to implement any sort of mining animation just yet. I need to make some other fixes first before I can support something like that with the current character model.

Raw ore isn't too useful on its own, and you'll need to smelt it into bars first. I added a furnace to Belmart for that. 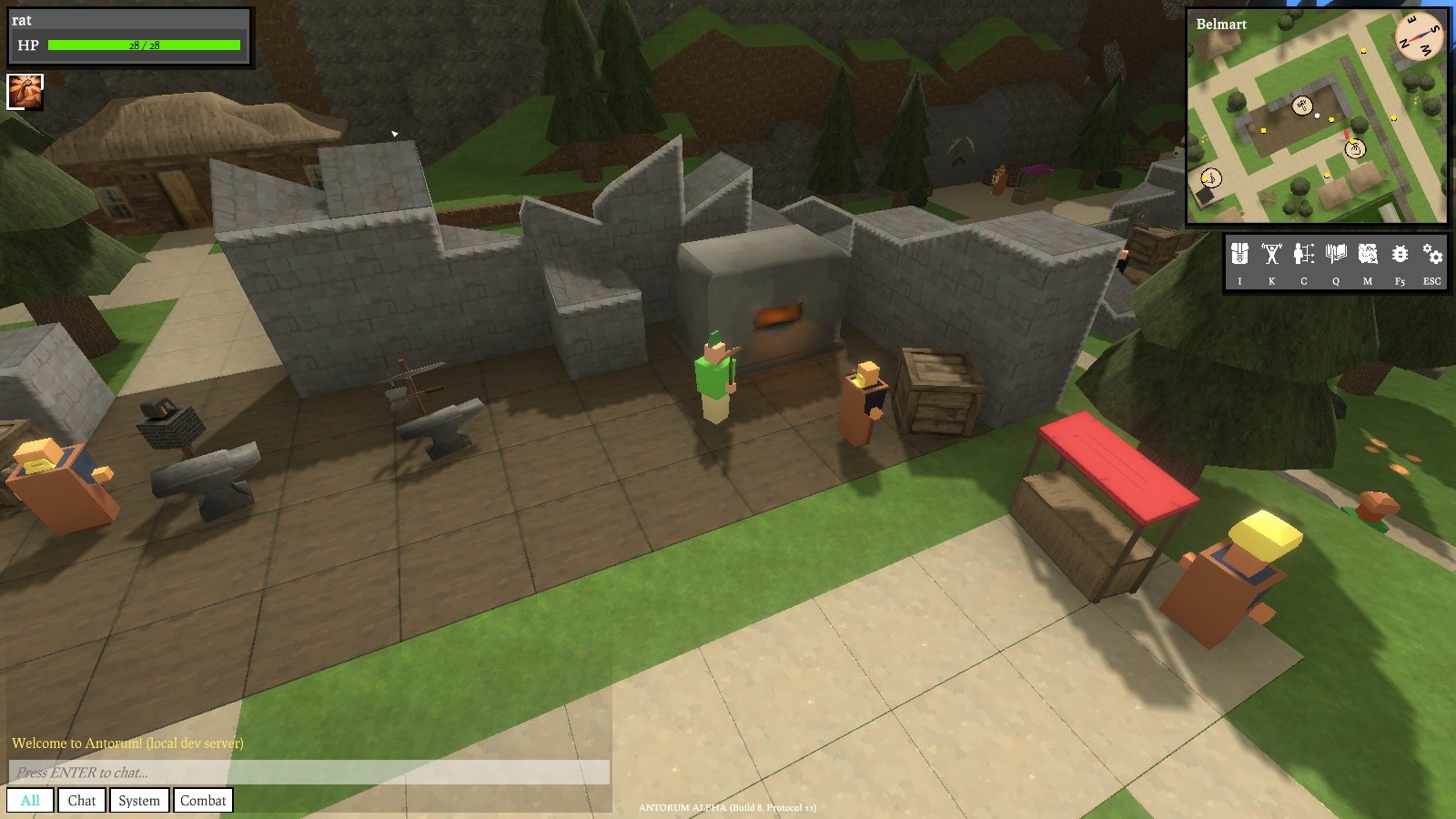 There's also a new Pickaxe shop in Belmart. So get out there and strike the earth! 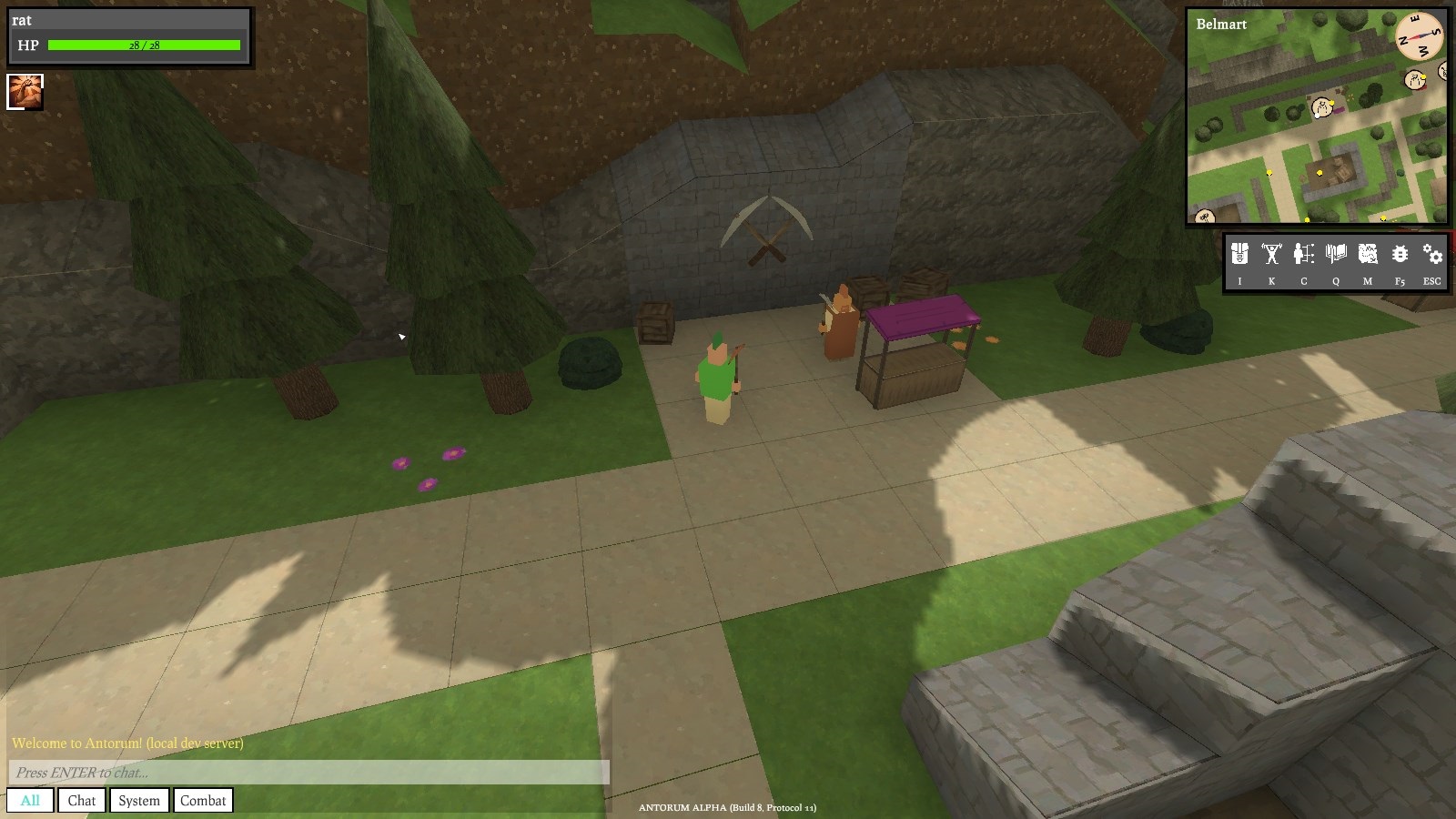 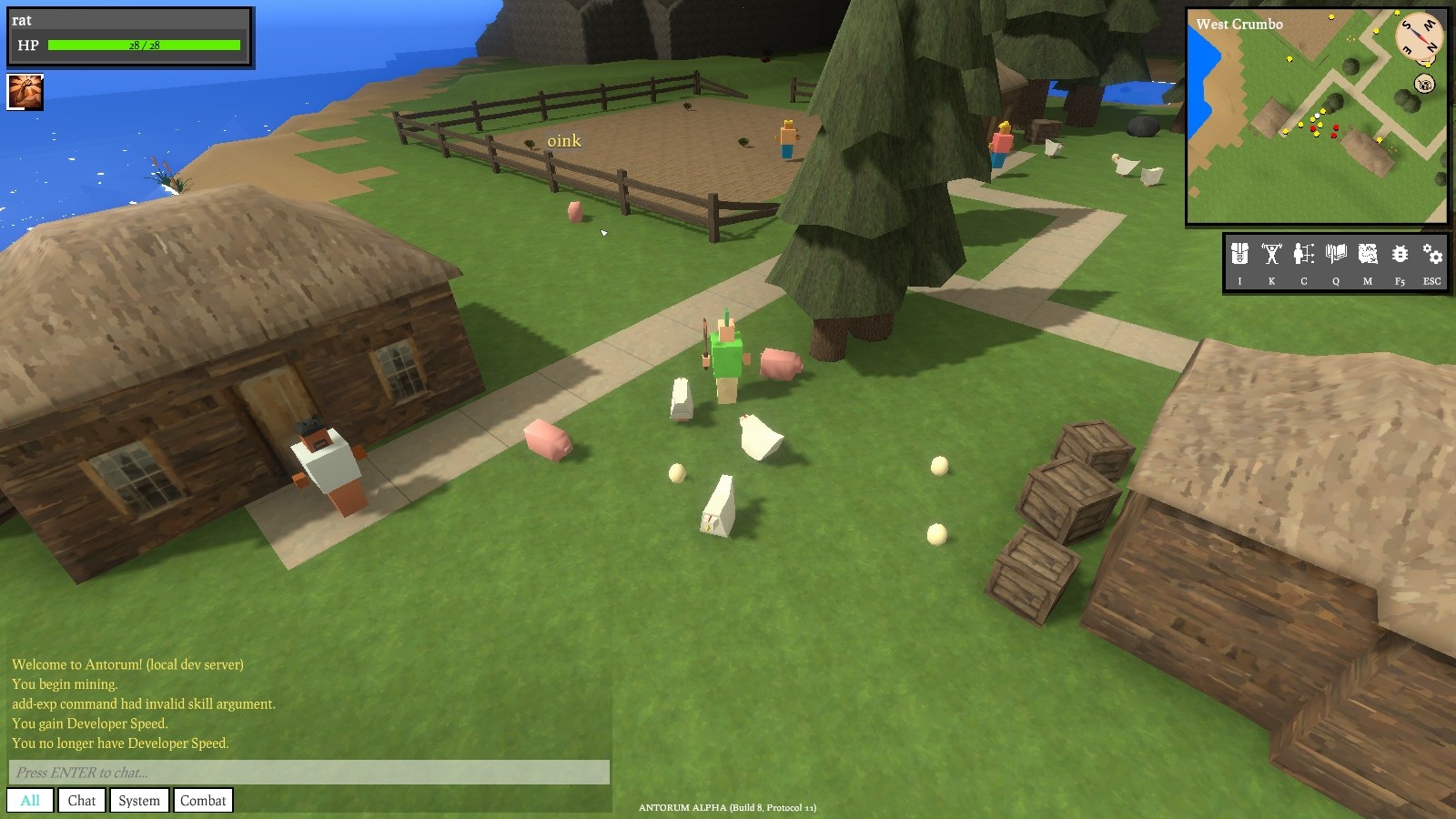 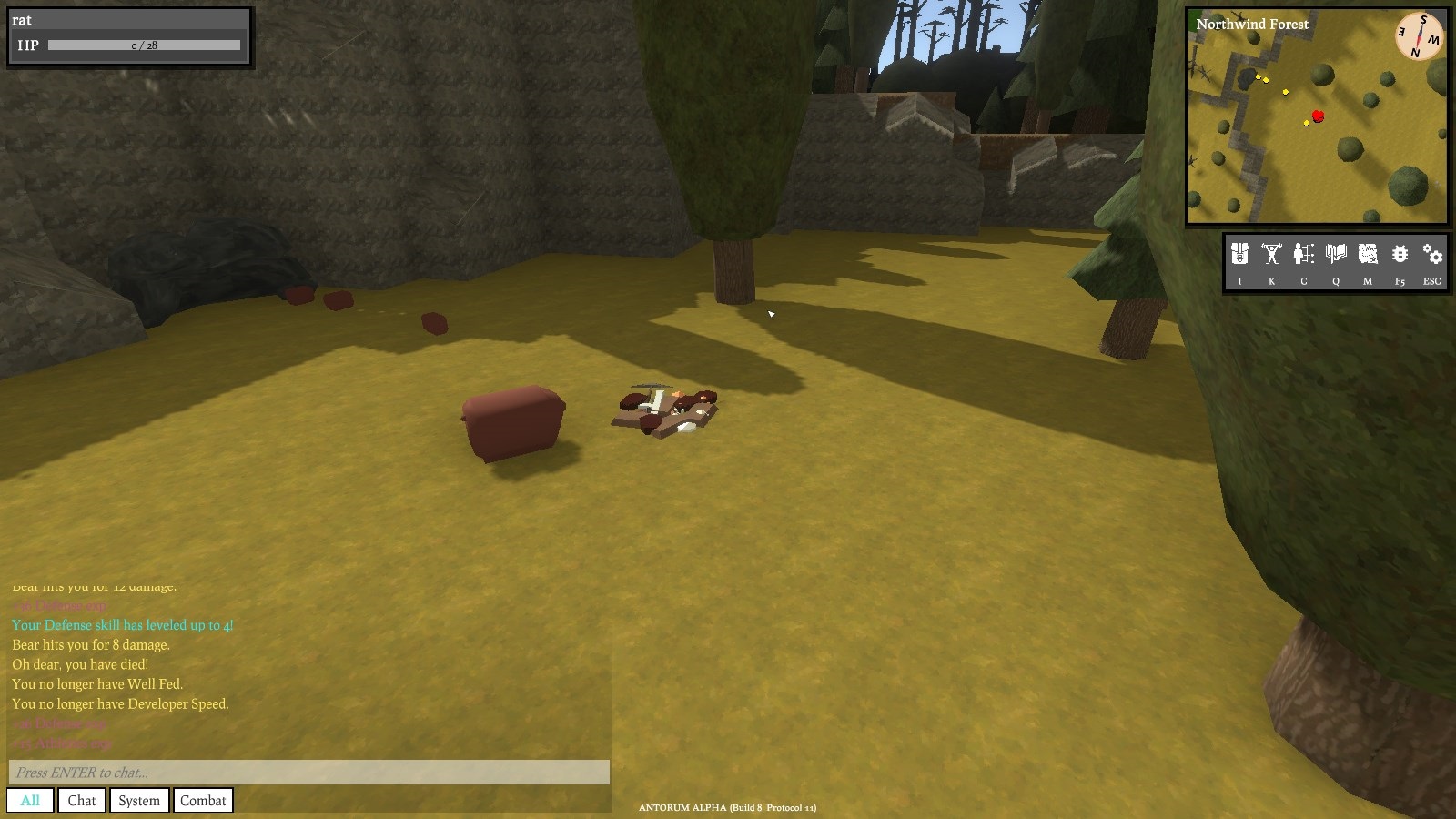 Watch out for the bears next time you are out and about! I was killed mid-screenshot there.

Playing the game with others this past week has been really fun but has also turned up a lot of issues, as expected. Here's a list of the fixes I made.

Antorum Online is free to play and the server is now running! Check out the game homepage for info on how to download the game client and connect. 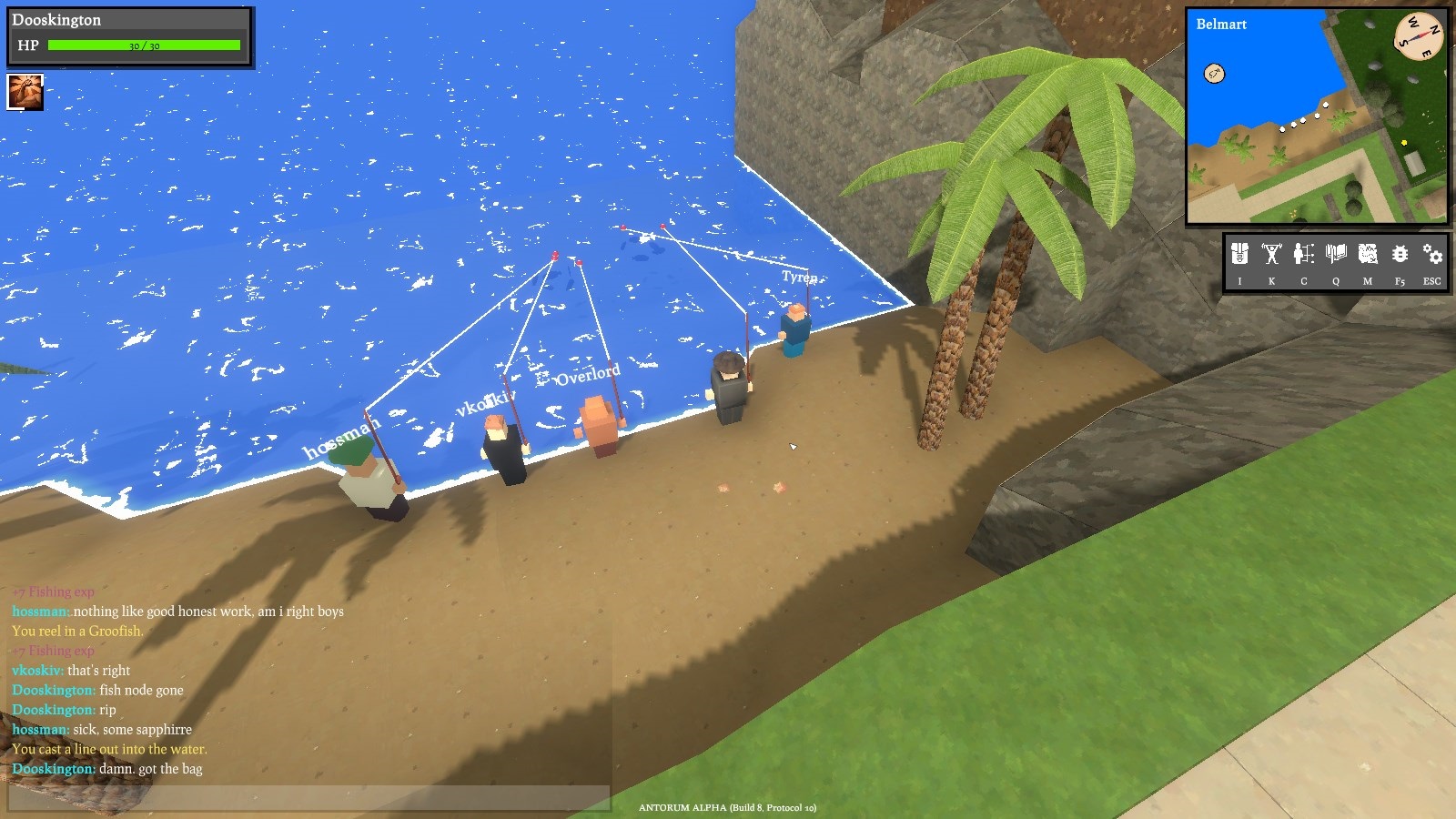