The Ritual skill has been a bit lackluster for a while now, and not as useful as it could be. So, I added item enchantments as a way to augment your gear in the mid to late game. They aren't accessible until the higher levels of the Ritual skill, and are expensive, but skilled casters can create enchantment scrolls for themselves or others to use on equipment. 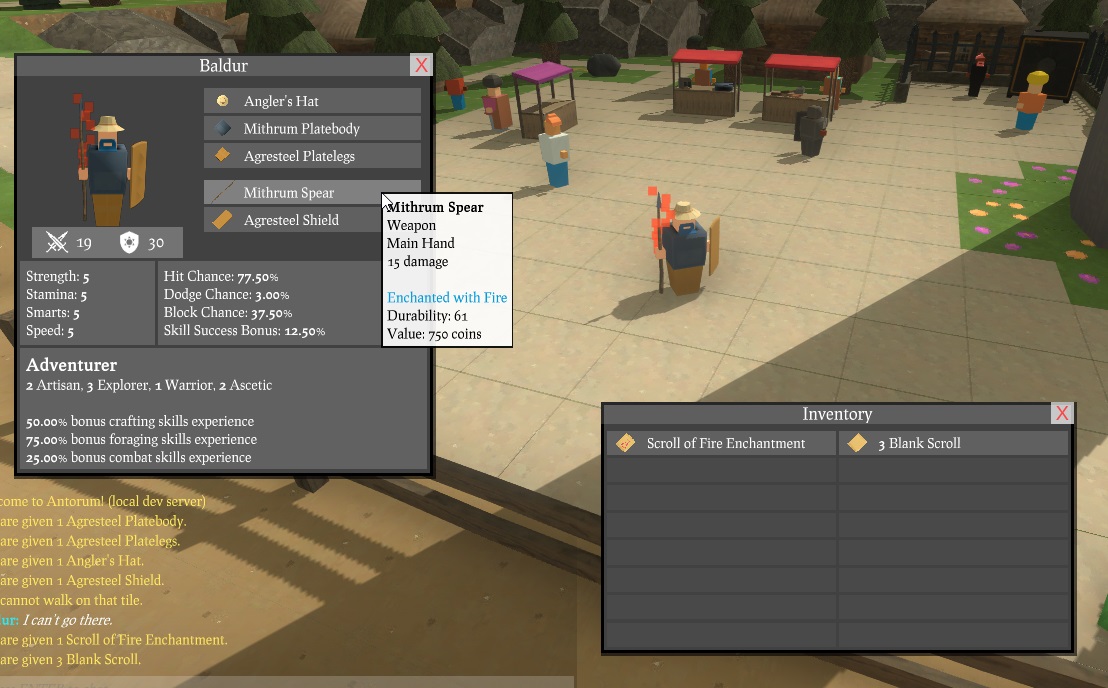 Enchantments can modify stats or add flags just like spell effects. The particle effect is optional, and each enchantment can be specialized for weapons, armor, or both. The whole system relies heavily on the item property bag work I mentioned in the last dev log, as applying an enchantment to a weapon makes it unique from its base form.

For replication purposes, the client needs to know about the enchantment resources themselves. I tried to get away without doing this, but then I'd need to include way more data in the item property bag (enchantment name, description, effects, etc) instead of just one single enchantment id. So, they are included in the data cache now, and the client will download them when outdated. It's kind of annoying, but at least they can be updated quickly for all players.

I still need to design and add more enchantments, but the implementation is done and seems to be working well. I'm excited to get the update out to players. Speaking of which...

The game needs more alpha testers! The servers are offline currently, but I'm planning on releasing a big update and opening them back up sometime this month. Click here to join the Discord server, where you'll be the first to know when and how you can connect. It would be great to get some more players involved to help shape the game.

A random fun thing I did recently was add a waterfall to the map! There's actually two, if you know where to look. It needs particle effects but it's nice to see some water in the game that isn't just endless ocean. I've also been tinkering on new quests, but that's been a slow process due to the amount of writing required. 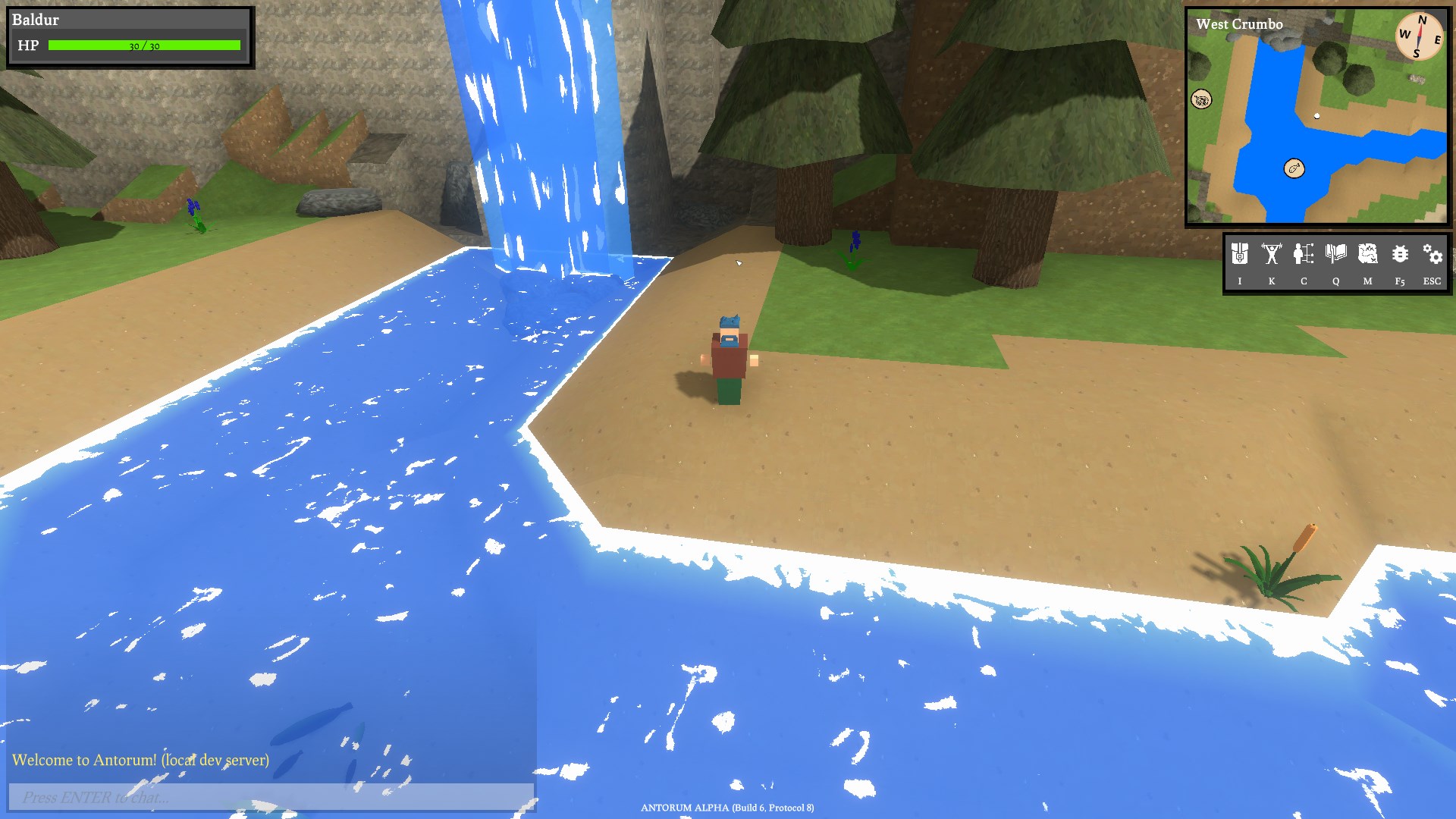 I'm hoping to get another dev log out soon. Thanks for reading.