I made some minor improvements to the character creator, making it look nicer and also adding the ability to rotate your character. Here's a peek at how it's looking so far.

You may notice it's a bit more simplified compared to the character creator in Antorum. I don't want to make players mess around with numbers or choose stats before they are even in the game. Stats and your character build should happen based on how you play, not how you assign your starting numbers - that's the goal at least. Additionally, I'll note that there's still a lack of variation in hair and starter clothing. I'll have to make new ones soon.

Past that, I've been focusing on combat again. There are now damage types which can be put on Items or NPCs, as well as resistances. This is the first step of many that will hopefully make combat a bit more interesting and give players some more choices in the gear set that they are building. For now, the types are Slashing, Piercing, Crushing, Fire Ice, Electric, Psionic, and Poison.

Along with this, I went ahead and changed how hit chance and max hit damage work. Your ability to hit an enemy is now less dependent on your skill level and more on your Attack stat, which is modified by your equipment/weapon. This means that more focus is put on your gear, (hopefully) pushing players to maintain and build it up in order to gain power. Additionally, I removed unnecessary complications like dodging and blocking. They might get added back in some form, but they weren't really adding anything to the core experience of combat. Of course, you can still have a shield equipped to maximize your Armor and gain some resistances.

Since I had new damage types to deal with and felt like doing some art, I worked on a few new equipment models and props. I even added some Brass Knuckles, which are pretty cool. 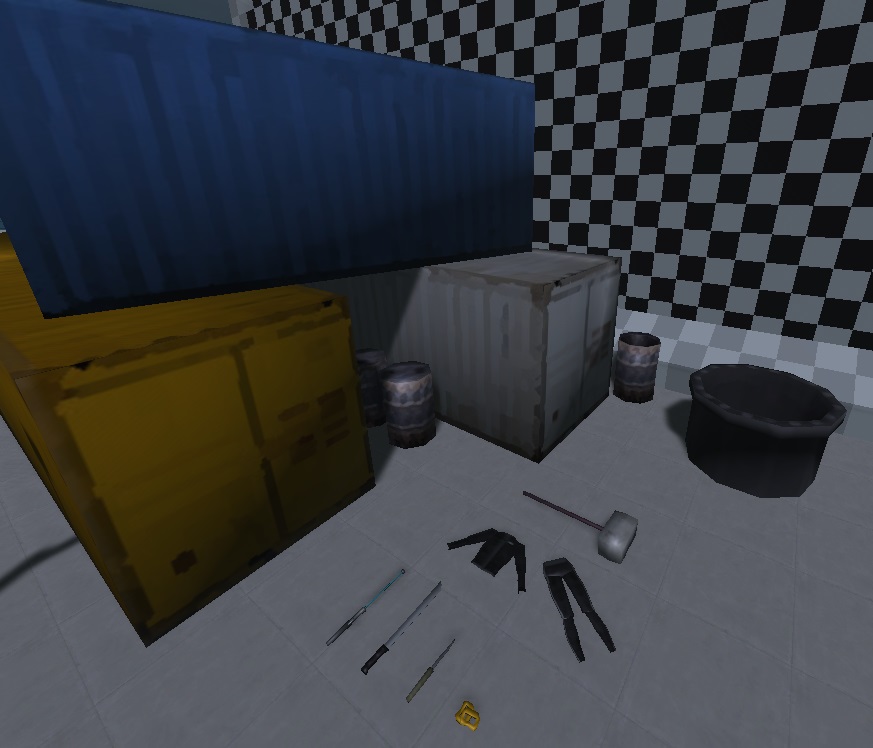 Not sure what's next, probably more combat stuff. But the holidays are coming up and that will certainly slow things down. Thanks for reading!