This past week I've been working on a more concrete implementation of stats and skills.

There are four stats: Strength, Stamina, Smarts, and Speed. They range from 1-10, and start at 5. At character creation, players are give 5 extra stat points, and allowed to allocate their points however they want. I'm still working on the equations for combat (like hit chance and attack damage) and how stats effect them. 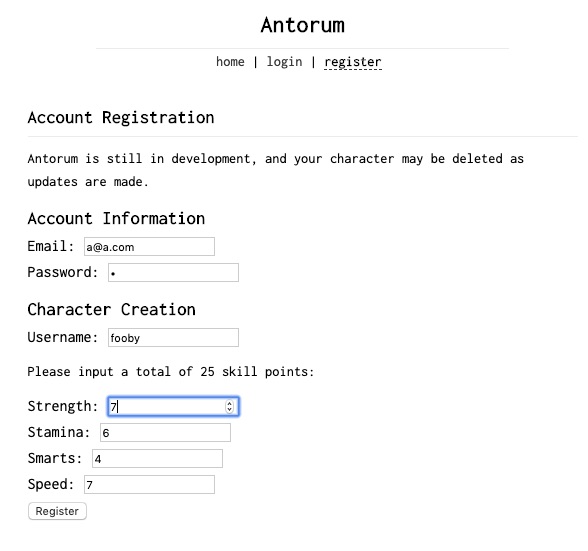 With this change I also had to do some work on the client, so I added the character panel and skills panel. There are three skills in the game right now: Combat, Defense, and Athletics. Obviously, combat is useful for killing stuff. Defense makes you tougher and lets you wear better gear. Athletics effects your movement speed in the world, as well as your dodge change. The other three skills I have planned are Foraging, Fishing, and Cooking. I'll get to work on those soon, hopefully. 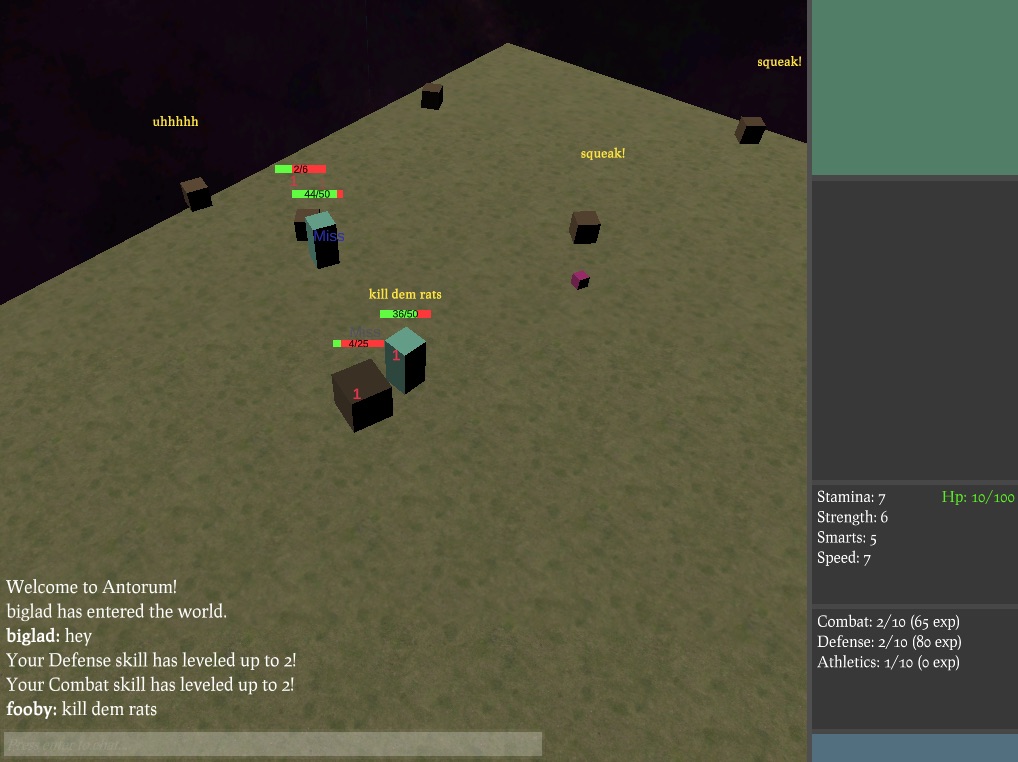 Skills work differently than stats. They range from 1-50 and start at 1. However, each individual skill has it's own level cap. Completing quests and leveling up as an adventurer allows the player to allocate points towards increasing the level cap of any particular skill. I'm hoping that this ends up making characters feel more specialized as they progress through the game.

The next thing I plan on working on is items and the inventory.