Well, my last update was about 2 months ago. I was distracted by the holidays, and also the weird idea I got in my head to make a (small) new Asteroid Quest game.

It's more of a spin-off, based on the original prototype I first made a few years ago. I started entirely from scratch, slowly porting parts of the game over, modifying them as I needed. I was just curious what the game would be like if I didn't make certain design decisions early on. 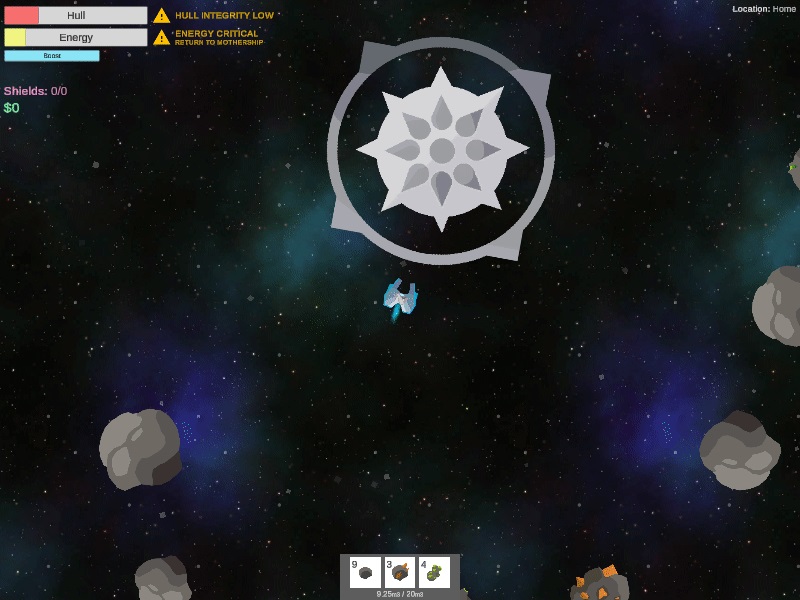 It was a fun distraction, and allowed me to really clean up a ton of old code, which was theraputic in a way. I modernized the game a bit, adding controller support and fixing a bunch of bugs. I even updated some of the graphics and visual effects. Anyway, I think I'll stash this project away for now.

The other news I have to share is that I am moving to a new team at Microsoft - starting in the new year, I'll be working at the game studios on Minecraft! I think it's gonna be pretty awesome. When I was young, that game played an important role in stoking my passion for game development.

Back to Antorum. I don't have a ton of news to share, as I just said I was distracted. However, despite the distractions, I have been working on pathfinding. The implementation isn't ready yet, and has exposed some other codebase deficiencies. I just need to sit down and focus on it and I could probably get it done.

So, with all that in mind, I'm going to try and put some serious work in over the next week, before I start up the new job. Here's what I'm looking at:

Hopefully, I'll be able to stick to this plan and post an update every day. The two things I think will take the most work are Equipment and the Minimap. 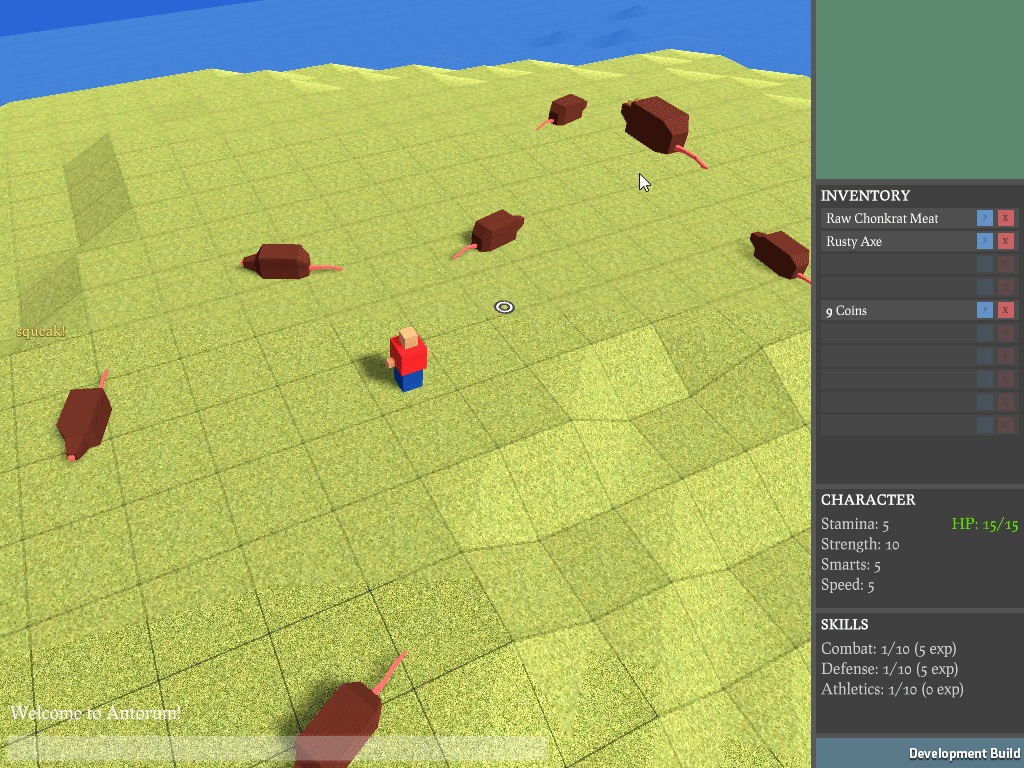