Right now I'm working on a multiplayer RPG called Antorum. I started tinkering with it a while ago, but I have only recently started to feel comfortable enough with the networking aspects to make visible progress. The server is written in Rust, and the client in Unity/C#. It's been a lot of fun so far figuring out how to make this arrangement work, with the server being fully authoritative and simulating the game world. Basically, Unity only serves as the front-end for the game. So far, I'm pleased with how it's working. There's 13 packets in the game protocol as of now, to handle things like spawning/despawning characters, chat messages, logging in, and the version negotiation/handshake. I'll probably talk more about the game protocol once there is more to say.

Currently, players can connect (and verify their client with the server), choose a username, spawn in the world, walk around, and chat with other players. There's some very primitive NPCs (Giant rats of course) that wander around the map and "squeak" every once in a while. So, the next thing I work on will probably be some form of combat. There's not much here, but it's taken me weeks to get the foundation required to progress this far. Hopefully I can finish a few more fun features before I start working a full-time job at the end of June. 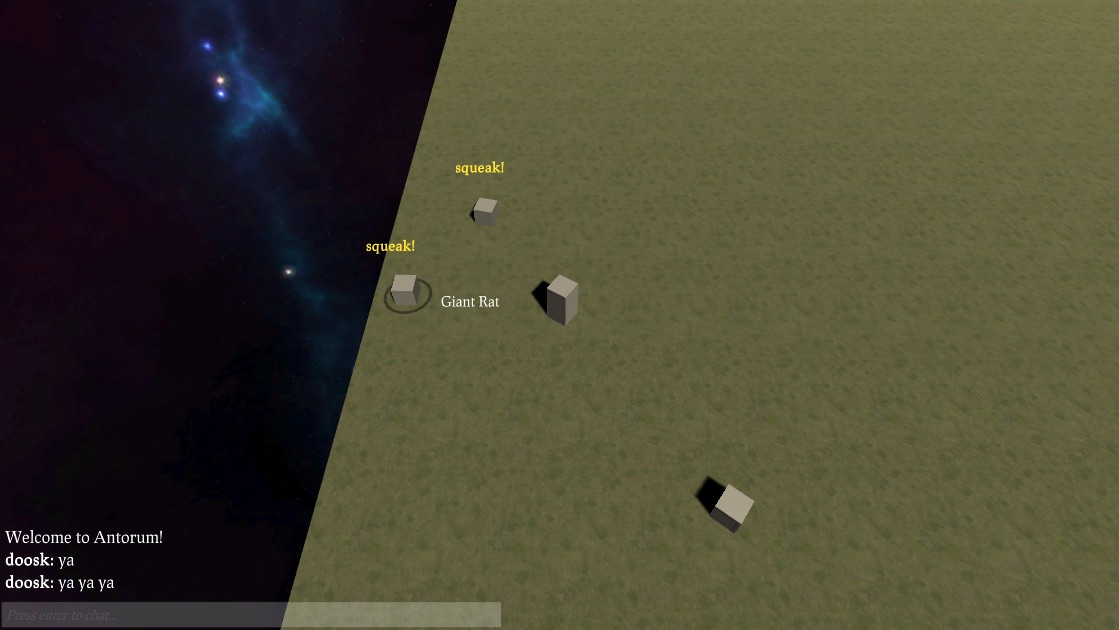